Successive Secretaries of Department of Education 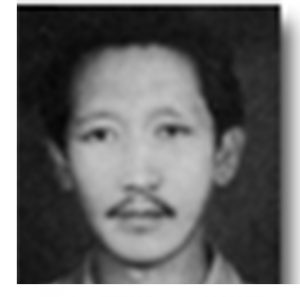 Mr. Lobsang Tenzin was born in Xigatse, Tibet in 1942. After escaping to exile he learned English language in the first Tibetan School in Mussoorie and then teacher’s training in Lucknow. He taught in TCV, Dharamshala, THF Mussoorie from 1962 to 1968 and at CST Shimla. He was elected as a member of the Tibetan Parliament in Exile (TPiE) in 1972, and after the completion of his tenure in the TPiE in 1976, he was assigned as the Secretary of the Education Department in 1976. After his resignation from the post of Secretary he took the responsibility of the Chief Editor of publication section, Education Department. In 1990, he was one of the members of the “Constitution Drafting Committee.” In 1992, went to USA as a “Fulbright” scholarship holder. He has authored many books in his lifetime. He passed away in 1993. 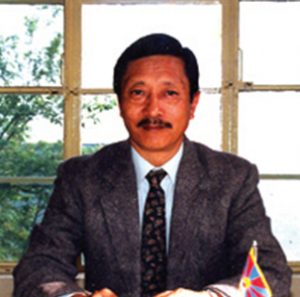 Mr. Sonam Rabten was born on 6th June 1940 in Lhasa, Tibet. He did his basic education from St. Joseph School, Darjeeling and graduated in 1961. He served as English Secretary in Department of Education in 1962 and then in the Private Office of His Holiness the Dalai Lama in 1963. He got scholarship to study Political Science in USA and returned back in 1968. He was posted as a staff of DIIR in 1969. In 1970, he was appointed as Secretary of the Bureau of His Holiness the Dalai Lama in Delhi. He was the Executive of Tibetan Co-operative association in Delhi for two years from 1971 to 1972. He was also deputed as an official head of Bhopal paper industry for two years from 1973 to 1974. He also served as the Principal of Tibetan Homes Foundation School, Mussoorie from 1976 to 1981. 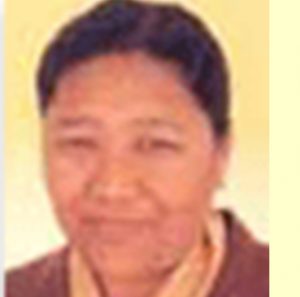 Mrs. Samkhar Yangki was born in 1946 in Chhushul, Tibet. In 1959, after escaping to exile, she did her basic education from CST Dalhousie. She was then sent for further studies to Madras University by the then Director of Tibetan Children’s Village, and elder Sister of His Holiness the Dalai Lama. She was around 16 when she joined as a civil servant in exile Tibetan government. She was first sent in 1962, to Shimla to assist in the establishment of Tibetan Montessori by His Holiness’ sister. She was also posted in the Bureau office of His Holiness the Dalai Lama in Delhi, 1969 where she worked for many years and later rose through the ranks of the Tibetan leadership to become the head of Delek Hospital and the Deputy Secretary of Department of Education.

She was the Secretary of Education Department from 1991 to 1993. She was later appointed as Kalon for Department of Health on 4th June 1996. 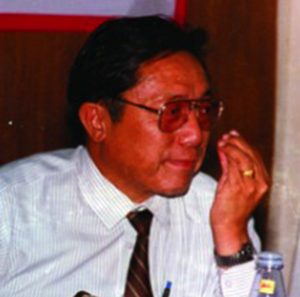 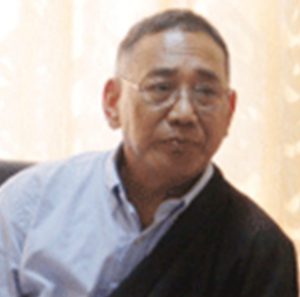 Mr. Ngodup Tsering was born on 1st July 1953 in Kyirong, Tibet. He is an alumnus of Punjab University, Chandigarh with a degree in Bachelor of Arts. He was also a former member of the Tibetan Parliament-in-Exile, formerly known as the Tibetan People’s Deputies from 1979-1982. He joined the Central Tibetan Administration in 1983, on the post of Deputy Secretary in the Department of Education. From 1991 to 1995, he served as the Director of the Tibetan Institute of Performing Arts (TIPA). In 1996, he was promoted to the rank of Secretary as the Secretary of the Department of Education. In 1999, he was transferred to the Department of Home of the Central Tibetan Administration as its secretary. From 2001 to 2008, he served as the president and the director of various Tibetan Associations in the United States. He was assigned as the Secretary of the Department of Education in 2012 and nominated as the Kalon of Education department by Sikyong Dr Lobsang Sangay in September 2014. He was again nominated for Kalon by Sikyong Dr Lobsang Sangay for the second term. Ngodup Tsering took charge as the Representative of North America from 1st December 2017. 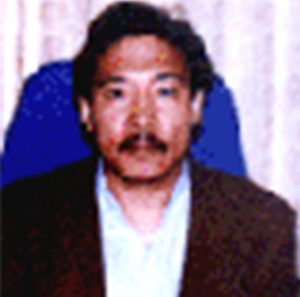 Mr. Tsering Dhondup was born in 1960 at Solohumbu, Nepal. He did his initial studies at a school located in Sharkhumbu for two years. Then in 1968, he came to India and did his basic education in CST Mussoorie till 1981. He served in the Tibetan Army, for six years. During his education at Mussoorie, he served as a member of the Tibetan Youth Congress. He then did his further studies from Chandigarh University in financial affairs and graduated with outstanding performance. During his university days, he also served as the President of Tibetan Freedom Movement. In 1983, he served in the Office of Auditor General, CTA as an ad-hoc staff.

On 1st December 1984, he was selected through the public service exams and appointed as the Senior Clerk in the Office of Auditor General. He gradually ascended the ranks in 17 years, and got promotion as a Deputy Secretary, a Joint Secretary and finally to the Additional Secretary of the Office of Auditor General. In 1993, he got one year “Fulbright” scholarship to study marketing affairs in an American University. He was then assigned the Secretary of Department of Education in 2000. In 2002, he was transferred as the Secretary of Home Department. On 4th October, 2007, he was nominated as the Kalon of 13th Kashag, and with the majority vote in the Tibetan parliament, he was appointed the Kalon of Department of Finance. 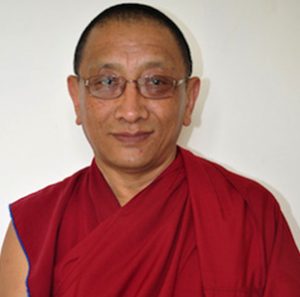 Ven. Karma Gelek Yuthok was born in Namru in northern Tibet in 1955 and arrived in India as a refugee in 1962. He was educated at the Central School for Tibetans, Mussoorie until 1973. Subsequently, he enrolled in the Institute of Buddhist Dialectics in Dharamsala and pursued intensive traditional studies of Tibetan Buddhist Philosophy for 13 years. During this period, he also successfully completed a master’s degree in English from Punjab University, Chandigarh. He received his ordination as a monk from the His Holiness the 14th Dalai Lama in 1981.He joined the Central Tibetan Administration (CTA) in 1986. Since then he has held various positions, including Secretary of the Department of Religion and Culture. In 1994, he was appointed the Representative of the 14th Dalai Lama at Tokyo Tibet Office, then the Secretary of the Education Department in 2018, and later of the Kashag secretariat from 2012. He was appointed as minister of Religion and Culture of 15th Kashag led by President Lobsang Sangay (Sikyong) in June 2016.

In lieu of the appointment of Ngodup Tsering as the Representative of His Holiness the Dalai Lama in the Office of Tibet, North America based in Washington DC, he also took the additional charge of the Kalon of Department of Education. 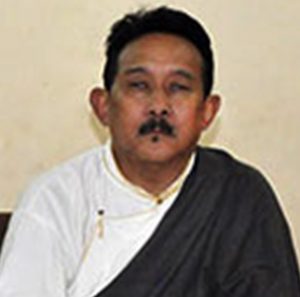 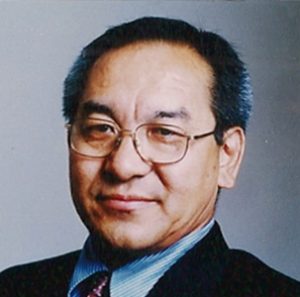 Mr. Ngawang Rabgyal was born in Dhingri, Tibet and escaped to India in 1959. In 1964, he received his basic education from Central School for Tibetans, Dalhousie and completed his school education in 1974. He received his graduation and post-graduation in Political Science from Delhi University. He also had the B.Ed qualification from Jamia Milia Islamia University (JMI). In 1979, he was among the first batch of the young teacher’s mission to Tibet. In 1982, he was one of the receiver of scholarship in the University of Soviet Union. He received the Russian language scholarship at Kiev University and also received the PhD certificate on History of International Relations.

From 1987 to 1992, as a Deputy Secretary he served at the International Relations desk of the Bureau of His Holiness the Dalai Lama in Delhi. From 1993 to 1997, during his tenure as the Representative of Russia and Mongolia, he also served as the Chairman of Tibet Culture and Information Centre, Moscow. He was also an editor of Novasti Tibeti News in Russian. From 1997 to 1998, he was then transferred to the Department of Information and International Relations on the rank of Additional Secretary. From 1999 to 2005, he was assigned as the Representative at the Office of Tibet, New York. In 2005, he was again transferred back to the Department of Information and International Relations as its Additional Secretary. From 2008 to 2015, he was again assigned as the Representative in Russia. On 1st March 2015, he was appointed as the Secretary of Department of Education. He was nominated as one of the Supreme Justice Commissioner in 2016 and won majority vote of the parliament in his favor. He assumed his new responsibility on 1st November, 2016. 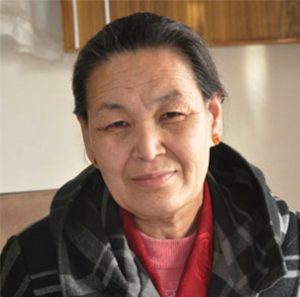 Mrs. Nangsa Choedon was born on 1st July 1954 in Kyidong, Tibet. She escaped to India at the age of 4. She received her basic education from Mussoorie and completed her school education in 1974. She did her graduation in the arts stream from Punjab University. On 15th October, 1977, she was selected for Tibetan Government public service job as a Junior Clerk and was assigned as the Office Secretary of Paonta Cholsum Settlement Office. On 10th September 1978, she was promoted to post of Senior Clerk and was transferred as the Office Secretary of Chauntra Tibetan Settlement Office. On 15th November, 1990, with the revised procedure of Tibetan Charter and under the revised ranking provision, she was then promoted to Deputy Secretary and assigned as the Settlement Officer of Bir Tibetan Society settlement. On 7th August, 1992, she was transferred as the Settlement Officer of Chauntra Tibetan Settlement. On 25th September, 1992, she was then transferred as the Deputy Secretary of Department of Education. On 9th June, 1993, she got promoted to the post of Joint Secretary. On 14th August, 1997, she received the US scholarship for International Public Administration at the Montreal University and finished her studies in 1999. She continued her service as an Additional Secretary of Department of Education on 21st August, 1999. On 20th November, 2004, she was assigned as the Secretary of Public Service Commission. On 17th June, 2014, she was then assigned as the Representative of Pretoria, South Africa. On 16th January, 2017, she served as the Secretary of Department of Education until her retirement on 1st July 2017. 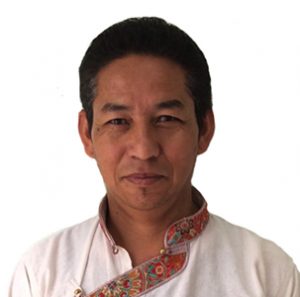 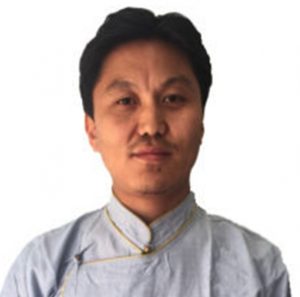 Mr. Jigmey Namgyal Namgyalkhang was born in 1978. Upon completion of his early education from CST Bir and high school from CST Dalhousie he has joined Central Institute of Higher Tibetan Studies at Sarnath (CIHTS), Varanasi for degree course. He received his Acharya degree with first division in 2003 and gold medal in Shastri degree in 2000. In 2001 he took one year gap for his job placement in Central Tibetan Administration, Dharamsala. He was also a recipient of DoE best boy award.

During his student days at CIHTS, Mr. Namgyal actively participated in number of training programs, workshops and seminars. He had also served in various student run committees of the Institute.

In 2001, he was recruited for Tibetan civil service of the Central Tibetan Administration (CTA) at Dharamsala and was accordingly appointed at the Department of Education on the rank of Under Secretary on April 19, 2001. With the change in the CTA Administration (Kashag) in mid 2001, he was posted to the Kashag Secretariat as a Private Secretary (PS) to Sikyong (Formerly Kalon Tripa). During his long tenure at the Kashag Secretariat, he had the honor of working with Kalon Tripa Prof. Samdhong Rinpoche from 2001 to 2011 and with Dr. Lobsang Sangay from 2011 to 2016 as Under Secretary, Deputy Secretary and then on Joint Secretary in 2010. His work took him to different parts of the world attending national and international level conferences and meetings concerning Tibet and Tibetan people and on other various important issues. In August 2016 he was posted to the Department of Information and International Relation (DIIR) by virtue of his international exposure, where he served as Administrator until his promotion to the post of Additional Secretary on May 22, 2017. Since May 2017 he is in the Department of Education (DoE) as Additional Secretary. From September 3, 2020 he took over the charge of the DoE Secretary.

* In case of any discrepancy between this English translation and its Tibetan original, the later should be considered authoritative and final for all purposes.